On October 21, 2020, the State of Rio Grande do Sul, represented by the Secretary of Agriculture, Livestock and Rural Development - SEAPDR, and the Brazilian Union of Viticulture - UVIBRA, through their legal representatives, signed the Collaboration Agreement - FPE No. 2238/2020.

The Term aims to carry out actions for the maintenance and promotion of the wine sector in the State of Rio Grande do Sul, through goals performed in accordance with the Rio Grande do Sul Wine Policy, established by State Law No. 10.989 of 13/08/1997 and amendments, according to the Work Plan approved by the Public Administration.

Below are more details on the object, objectives, resources, validity, monitoring, follow-up and inspection, accountability and other items involved in the Term.Collaboration Term - FPE No. 2238/2020

Collaboration Agreement signed between them, on the one hand, by the State of Rio Grande do Sul, through the Secretary of Agriculture, Livestock and Rural Development – SEAPDR and, on the other hand, by the Brazilian Union of Viticulture – UVIBRA for the purposes that it specifies.

The State of Rio Grande do Sul, through the Secretary of Agriculture, Livestock and Rural Development – SEAPDR, in this act represented by its secretary Luís Antônio Franciscatto Covatti, hereinafter referred to as Public Administration and the Brazilian Union of Viticulture – UVIBRA, hereinafter referred to as just organization partner, represented by its legal representative, Deunir Luis Argenta, resolve, based on current legislation, in particular Federal Law No. 13.019, of July 31, 2014, State Decree No. 53.175, of August 25, 2016 and Instruction CAGE Normative No. 05, of December 27, 2016, enter into this Collaboration Agreement, under the following clauses and conditions, previously agreed and expressly accepted:

Clause One - of the object

This Term of Development registered in the Public Finance System of the State of Rio Grande do Sul under No. 2238/2020, aims to carry out actions for the maintenance and promotion of the wine sector in the State of Rio Grande do Sul, through goals that will act in accordance with the Wine Policy of RS, established by State Law No. 10,989 of 13/08/1997 and amendments, according to the Work Plan approved by the Public Administration, an integral and inseparable part of this instrument, in the form of Annex I.

Second Clause - of the objectives

The objectives of this Collaboration Term are those defined in item III, of the Term of Reference (Annex I) of the Public Call Notice nº 03/2020.

I - It is incumbent upon the Public Administration:

a) Provide the means and resources necessary for the execution of the object;

b) Publish the extract of the Term of Development and its amendments in the Official Gazette of the State, so that the instrument produces its legal effects;

c) Transfer to the partner organization the financial resources necessary for the execution of the object, as provided for in the disbursement schedule;

d) Extend the validity of the Term of Development when it causes a delay in the release of resources, limited to the verified period;

e) Monitor and evaluate the execution, in particular, of the guidelines, phases and goals established in the Work Plan;

f) To carry out the technical and financial analysis of the rendering of accounts presented by the partner Organization, under the conditions and deadlines established in the specific legislation;

g) Issue an opinion on the regularity of the accounts, approving them, with or without reservations, or rejecting them;

h) Establish special account-taking when evidence of irregularities is found; and

i) Take control or transfer responsibility for the execution of the object in the event of an unjustified stoppage, in order to avoid discontinuity, without prejudice to the applicable legal measures.

II - It is incumbent upon the Partnership Organization:

a) Execute the project established in the Work Plan agreed upon in this Development Agreement;

b) Keep the financial resources deposited in a specific bank account of the Collaboration/Development Term, which must be opened at the State Bank of Rio Grande do Sul SA – Banrisul, and must be applied while they are not used;

c) Account for the transferred resources, as well as their income, observing the deadlines and criteria defined by the Public Administration;

e) Assume responsibility for the administrative and financial management of the resources received;

f) Respond for the payment of all taxes, fees, labor, fiscal, commercial and social security charges related to the execution of the object of this Collaboration Agreement, not implying joint or subsidiary liability of the Public Administration;

g) Not to carry out expenses after the term of this Term, except in the case provided for in art. 49 of IN CAGE No. 5/2016, under penalty of disallowance of expenses and/or disapproval of accountability;

h) Disclose the Term of Collaboration on its own website and on notice boards with wide public access, containing the minimum information provided for in article 92 of IN CAGE No. 5/2016;

i) Provide information and clarifications on the execution of this Collaboration/Promotion Agreement whenever requested by the Public Administration or supervisory bodies;

j) Submit, in advance, to the Public Administration the changes it deems necessary in the Work Plan;

k) Be responsible for the safekeeping and maintenance of goods purchased, produced or built with resources from the Term, informing, whenever requested, where and in what activities, programs or projects are being used; and,

l) Return to the Public Administration, in cases of conclusion, denunciation, termination or extinction of the partnership, the balances in checking accounts and financial investments, within a period of up to 30 (thirty) days after the end of the term.

The Public Administration, for the execution of the object of this Term, will allocate resources in the amount of BRL 12,000,000.00 (twelve million reais), according to the following budget data:

Sub-clause one: the release of funds by the Public Administration will occur upon observation of the Disbursement Schedule as well as verification of the Partner Organization's compliance and regularity.

Second sub-clause: in the case of release in more than one installment, it must be proven that the resources of the previous installment were invested in the object of the Term, so that the subsequent installment is released.

Fifth Clause - of the term

This instrument will be in force for a period of 12 months, counting from the date of publication of the summary in the DOE, and may be extended and/or modified, by agreement of the parties, by means of an Addendum.

Clause Six of the amendments

This Term may be amended, upon formalized and justified proposal of the Partner Organization, being prohibited to result in the modification of the object, subject to the requirements referred to in article 59 of IN CAGE No. 5/2016.

The Public Administration shall monitor, follow up and inspect the execution of the Collaboration/Promotion Term, throughout its term, analyzing the information, data and partial rendering of accounts included by the Partner Organization on the website of the Secretary of Agriculture, Livestock and Rural Development, carrying out inspections and validating documentation.

Second sub-clause: when on a monitoring, inspection or auditing mission, Public Administration servers, and CAGE and TCE servers, will have free access to the processes, documents and information related to this Collaboration Agreement.

The Partner Organization will present to the Public Administration: partial rendering of accounts, through a Partial Execution Report of the Object, will be presented, in digital media, with the Office of the Secretary of State. In the event of failure to render accounts, the manager of the partnership will notify the Partner Organization to present them within fifteen days; and, final rendering of accounts, through the Final Execution Report of the Purpose, which must contain the elements provided for in art. 73 of IN CAGE No. 5/2016, the proof of return of any remaining balance, and the estimated reserve of resources for payment of severance pay.

Sub-clause one: expenses will be evidenced upon submission by the Partner Organization of tax documents, and invoices, receipts, invoices, and any other supporting documents must be identified with reference to the name of the Public Administration body and the number of the Collaboration/Development Agreement.

Second sub-clause: it is up to the Public Administration to notify the Partner Organization to remedy the irregularities and possible return of resources.

Third sub-clause: The Public Administration, verified omission in the duty to render partial accounts, will withhold the release of resources and notify the partner organization, within 30 (thirty) days, present justification, under penalty of unilateral termination and establishment of special accounting.

Sub-clause four: after the analysis of the final rendering of accounts, any irregularity is found, the Public Administration will notify the Partner Organization, setting the deadline for

(thirty) days to proceed with the reorganization or return the updated resources, under penalty of registration with CADIN/RS.

Sub-clause Five: the non-presentation of the final rendering of accounts within the specified period or the rejection of rendering of accounts, arising from damage to the treasury, will lead to the submission of the case to the competent administrative authority for the establishment of special accountability.

The goods acquired using this Term are intended for the exclusive use of the Public Administration, and their use for personal use in any capacity is prohibited.

Sub-clause One: the assets must be incorporated into the assets of the Public Administration, after approval of the final rendering of accounts.

Sub-clause Two: after approval of the rendering of accounts, with prior authorization from the Public Administration, a transfer of domain of permanent movable property may be carried out within a period of less than five years after approval, as well as of immovable property at any time.

Sub-clause Three: the transfer of the domain of the property depends on binding to the same purpose of the Term and formalization of its own legal instrument by the Partner Organization, under penalty of reversal to the Public Administration's assets.

The Public Administration may, guaranteed prior defense, in the event of execution of this instrument in disagreement with the Work Plan and current legislation, apply to the Partner Organization the sanctions of warning, temporary suspension or declaration of disrepute.

This Term/Agreement may, at any time, be terminated, provided that the intention is publicized at least 60 (sixty) days in advance.

Sub-clause One: constitute grounds for unilateral termination, at the discretion of the Public Administration, the bad execution or non-execution of the partnership, which can be characterized by:

a) Non-compliance with the established goals or the use of resources in disagreement with the Work Plan;

b) Verification of false information in a document presented by the Partner Organization;

c) Use of goods acquired with resources from the Term for a different purpose or for personal use;

d) Failure to present the accounts within the established deadlines;

e) Non-approval of partial accountability; and,

Sub-clause Two: In the event of termination, the participants are bound by the responsibilities, including accountability, for the period in which they participate in the Term, and in relation to the financial balances, these must be returned to the parties, collated the proportionality of the resources and the counterpart in goods or services.

Clause Twelve - of the forum

To settle any issue arising from this instrument, the Forum of Porto Alegre is elected, the parties waiving any other, however privileged it may be. And, as they are thus fair and agreed upon, the parties sign this instrument in 2 (two) copies of equal content and form, together with the witnesses.

Positions and Salaries of the Work Team - CONSEVITIS 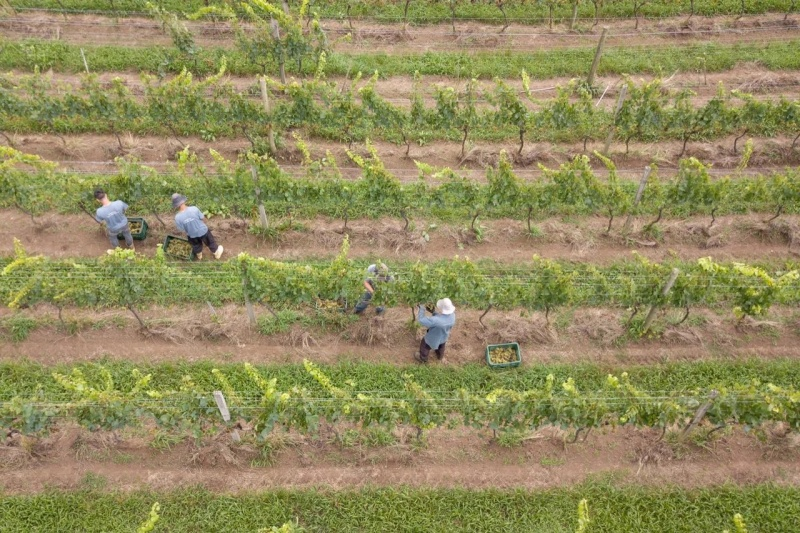 Goon Design and Technology, your company's web partner. Access and check out our projects!